This article is an invitation to people of color in united states to come and live in Japan.
The idea suddenly came up to my mind when I was watching TV news, telling a story about police officer shooting a young black man to death.

Strangely, this idea, inviting Americans to live in Japan, has never came up to me before.
I do business by matching foreign people with Japanese schools and companies. But never thought of doing this to Americans.
I used to live in US when I was a child so I believe that I am quite strongly attached to US than other Japanese.
And I knew for a long time that US is a very dangerous place in terms of homicide rates.
On top of that, I have been a researcher of minority education and did a lot of field works in urban US schools.
I knew people of color suffers from racism.
I had a lot of chance to consider about inviting American people to live in Japan but that idea never came across to my mind until few days ago.

I don’t know why it happened, but it happened. So I will just follow my instinct.
People of color in US, why don’t you come to Japan to seek safer and stable future?

There are several simple reasons for people of color in U.S. to live in Japan.

One is simply Japan is a safer place for any life. Death by shooting is just few cases per year and mostly by gangsters. Police officers shoots seldom so death by police shooting would be a national debate in any cases even shooting against gangsters. People here do not have a right to arm themselves. Guns and swords are strictly controlled by law.

Second, there are less white people here. You will not find overt white supremacy expressed into your face. You don’t need to be alert to white people everyday. Why not leave white dominant countries? Are there any reason to stick to those places?

Third, Japanese college and schools are much inexpensive than those of US.
Tuition of national Universities are around 5000 USD and private universities are 10,000 USD per year.
Tuition for Japanese language schools are 7000 USD per year.
You can do part time job to earn your tuition and there are plenty of jobs for you because we lack workforce here in Japan.
So its definitely a reasonable choice for a student to study and seek career in Japan.

I know it’s not easy to leave your community.
Even though you live in a nation that police kills thousands of people per year, it’s still your homeland and your people live there.
You might think yourself as a coward or a looser to leave where you are born.
Or perhaps you consider my invitation as an insult to your culture. Looked down by a Japanese man might upset you (which I do not intend to).
But I still say it’s a quite reasonable option for you to live in Japan.
Isn’t it virtually a same thing to choose to live in Tokyo than in D.C. if you are a person from U.S. country side?
Why limit your opportunity in borders of U.S.  when you can choose other countries?
Consider it simply as a matter of profits.
I do believe that saving your life matters a lot.

There are no heaven on earth

Unfortunately, Japanese are not immune from ideology of white supremacy nor racism.
Mankind are vulnerable to hate, exclusion and superior complexes against different kind of people.
You will easily find bad racism among Japanese and traits of white supremacy soaked deeply in Japanese people’s mind.
Even a black girl says a white doll is more beautiful than a black doll. Why not Japanese?
Japanese are kinder to white people than to black people. Our eyes are clouded by dominant white culture.
You will not find a piece of land on earth where there are not reached by racism.
But still I say, you should come to Japan.
We Japanese are racist, but do not shoot. That means a lot for your life, doesn’t it.

Let me take care of your immigration

Crossing the board might look full of risks because you see a lot of refugees on media.
Remember, you are not a refugee.
Refugee has no choice to go back. There hope lies only in going forward. So they have to risk their life to cross the border.
But for people of color in America, it’s just a choice of place to live
You can move back and forth. You will become a master of cross culture skills. You will establish your basements in multiple countries.
Few minor risks of choosing schools, paying tuitions or applying for immigration eligibility will be supported by me.

I am a professional study abroad agent serving for many Asian students for a decade.
I also do job matching for foreign people.
I know schools, jobs and immigration rules in Japan.
Let me handle that for you.

Study Japanese language is not difficult

You need Japanese language skills to make success here in Japan.
But don’t consider it as a mission impossible.
Language is what you are supposed to master naturally. Human beings are gifted to learn language.
Remember when you were a kid. Was it so difficult for you to learn English?
You just come and live here. Then you will catch language skills like a magic.
Trust me.

Those who live in Japan for long time and not able to speak Japanese are those who are privileged to stay in non-Japanese circle.
There are too many of those kinds of Americans here in Japan so never try learn from them.
Only thing you need to do is to through yourself into Japanese communities.
Here again I would say it’s safe to do that.
Because racism here is not institutionalized.
Japanese communities would not treat you as a second class citizen.
They might react wrongly to your skin color but that’s just an intuitive response.
And they won’t shoot you.

If you think my argument is reasonable, then go to a book store to buy a Japanese language textbook.
And then send me an email and ask me where to start.
I will be happy to help you find a different path to your future success.

An option for your life 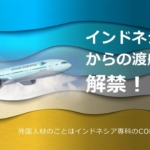